Our heritage serves as a reminder of our history. It is a national treasure as well as a symbol of the civilization's pride. In accordance with the thought of how one’s connection to its roots and culture affects one’s future and development, primary Block of Lotus Valley International School commemorated World Heritage Day on 18th April, to honour the world's cultures, apprise the learners with the heritage sites, and contribute towards the preservation of our Country’s heritage in our own little way.

Grade I leaners were introduced to the meaning of heritage, their family heritage and the heritage of the country. The enthusiastic learners researched on heritage monuments and presented amazing facts while bringing their Show and Tells alive with the right fervour, voicing aloud the slogan ‘Preserve the sheen’. Grade II learners were given an introduction to the meaning of heritage, basis which they researched on the assigned heritage sites and presented some astounding facts in the activity ‘Daastan-e-Virasat’ . It was an absolute delight to witness such involved participation using power-point presentations, charts, models and much more for an equally captivated audience eager to learn. Grade III commenced the special day activity by explaining the significance of heritage. The importance of preservation of heritage be it cultural or monumental was emphasised. Under the umbrella of ‘Story of the stepwells – our forgotten heritage’, the learners were made aware of some great architectural marvels that were built to conserve rainwater in areas which were dry due to less rainfall.

Being mindful of our rich heritage provides just the right platform to develop a more thought after future. We must instill in our students, the yearning to learn more about our past and culture to become more responsible and efficient citizens. 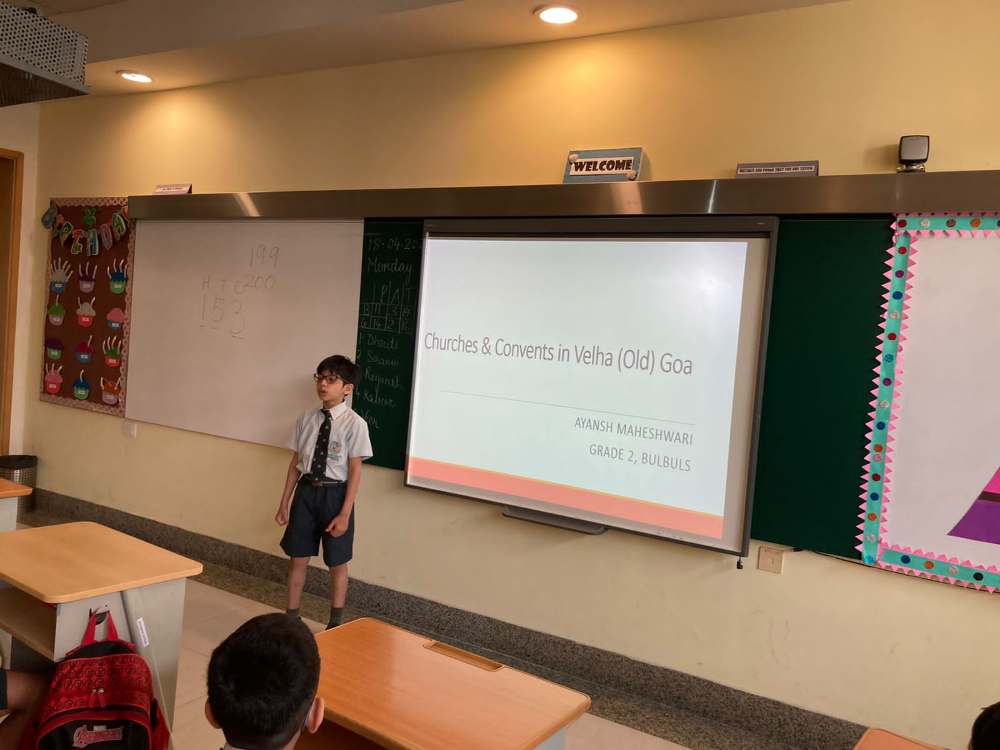