“Constitution is not a mere Lawyers’ document, it is a vehicle of life, and its spirit is always the spirit of age.” – B.R.Ambedkar

Constitution Day (Samvidhan Divas), also known as National Law Day, is celebrated on 26th November to commemorate the adoption of the Constitution of India. The day is marked with great fervour to express gratitude to the makers of our Constitution and to reiterate our commitment to building the India of their dreams where everyone is treated equally. Lotus Valley International School believes in promoting the Constitutional values amongst citizens. Also as a tribute to Dr.Ambedkar for playing a seminal role in framing the Indian Constitution, our enthusiastic learners from grade one to three were engaged in a day full of insightful activities.

Learners of Grade I peeked into the making of the Constitution through a video presentation and witnessed the effort behind this grand composition and structure. They had mindful discussions on the rights and duties of a student and were also apprised of the Preamble. Grade II learners not only read The Preamble but also expressed their understanding of the same. “We the children of India”, a book by Leila Seth, was read to the children as it outlines the Constitution of India in a very child friendly language and enabled the students to question and discuss the topic constructively. They also excitedly presented their opinions on rules-making in their respective homes. Grade III learners have been a part of the journey of understanding the Indian Constitution for a month now. They were made to appreciate the action behind the words, ‘Parliament’ and ‘Cabinet’. They actively participated in the event ‘SANSAD’ where each learner represented a Ministry and using the power of our language Hindi, presented their views and thoughts on the current affairs affecting each Ministry. The session not only reflected their inquisitiveness, however also expressed their outlook to the concept of change execution and problem solving. 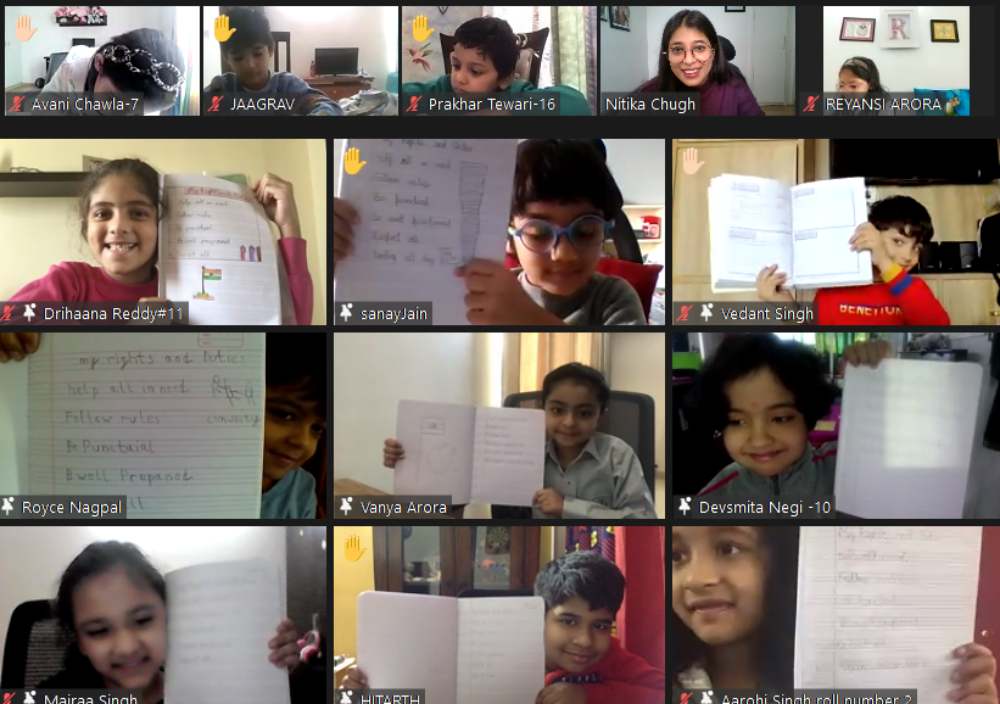