The zeal and dynamism of Indians is never stifled, whether we mark Republic Day in a physical or virtual form. Although we missed having our students on campus this year, our desire to commemorate the 73rd Republic Day was as strong as ever.

Our little learners from Grade Pre- Nursery presented ‘Jhaanki Hindustan Ki’,dressed up as people from various cultural backgrounds depicting different states of India. Grade Nursery not only honoured their motherland, but also their mother tongue. Our young torchbearers took part in the 'Greetings of India' activity, where they represented their state by greeting one another in their local dialect. Grade Prep learners were ecstatic to celebrate the spirit with zeal and joy. March past, salute, and the distinction between unfurling and hoisting the National Flag were among the events arranged by mentors.

To instill the spirit of patriotism amongst Grade I learners , an activity ‘Chai pe charcha’ was conducted. Learners shared their thoughtful ideas on how they would like to contribute towards the progress of the country. The difference between flag hoisting and unfurling, as well as Independence Day and Republic Day, were highlighted to Grade II learners. Learners also gained insight about the several types of salutes used by the Indian Armed Forces- Army, Navy, and Air Force. A quiz was also conducted with the learners in order to honour our Country and reignite the feeling of patriotism. Grade III learners observed a video on the Nation's rise to power and the adoption of the Constitution for the benefit of its citizens. The Learners were shown educational videos throughout the month, and class discussions were held on topics such as the evolution of the National Flag, the distinction between Independence Day and Republic Day.

The day came to a close with the learners singing the National Anthem, which filled everyone's hearts with pride as it reminded them of the sacrifices made by the martyrs during India's freedom struggle. Patriotic fervour and enthusiasm echoed throughout the virtual sessions while the learners were delighted to exalt and celebrate the spirit of oneness. 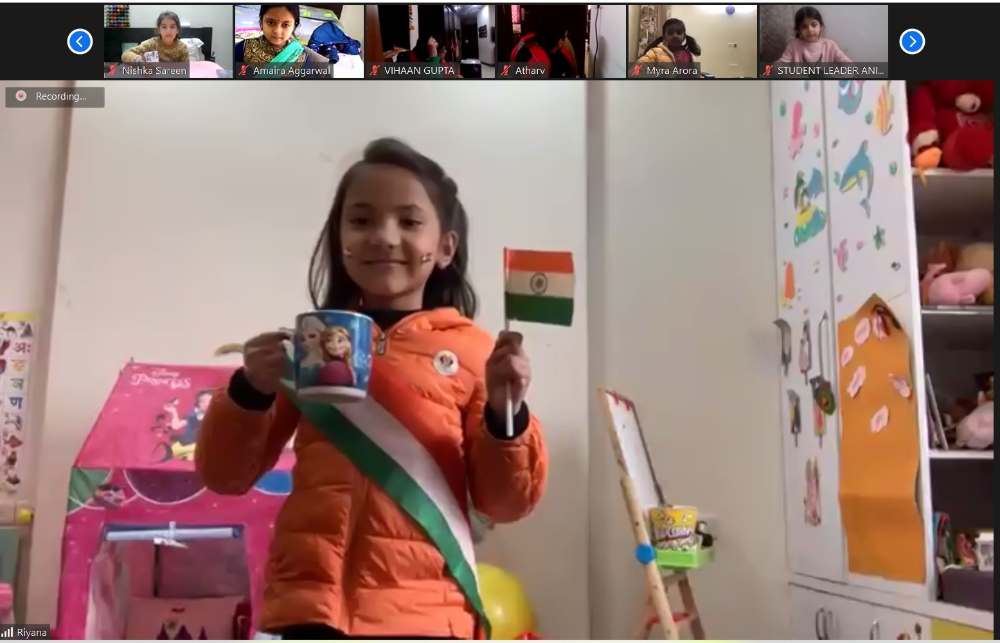