“Success is not final; failure is not fatal; it is the will to continue that counts” - Winston Churchill

To unveil the journey of the scholars who stood the test of time and emerged as the best, the Scholar Badge Ceremony for Grade V, session 2021-22 was organized on 19th May 2022 by Lotus Valley International School, Gurugram. The ceremony began on an auspicious note with the lighting of the lamp and the school choir chanting “Sarve Bhavantu Sukhinah” and the Swagatam Geet. This mellifluous rendition was followed by a fusion of “Umeedo wali Dhoop and Allah ke Bande” which left the audience awestruck. As a hallmark of true academic brilliance, 141 scholars of Grade 5 were then awarded badges and certificates for excellence in scholastic and co-scholastic arenas.

The programme followed with the address of the Director Principal, Ms. Anita Malhotra, who congratulated the students on their achievements. She advocated that perseverance and dedication is the key to success and encouraged the young scholars to keep striving. Ma’am rightly said, “Never give up as paths are made for walking that extra mile” which is the gospel of victory.

The learners of Grades V, VI and VII performed an energetic and upbeat dance performance, “Dynamite- BTS”. The Vote of Thanks, proposed by the Headmistress Harvinder Kaur ma’am, announced the culmination of the ceremony. She applauded the scholars for their hard work, grit and determination. The whole ambience was vibrant with the cheers and applause of the proud learners. 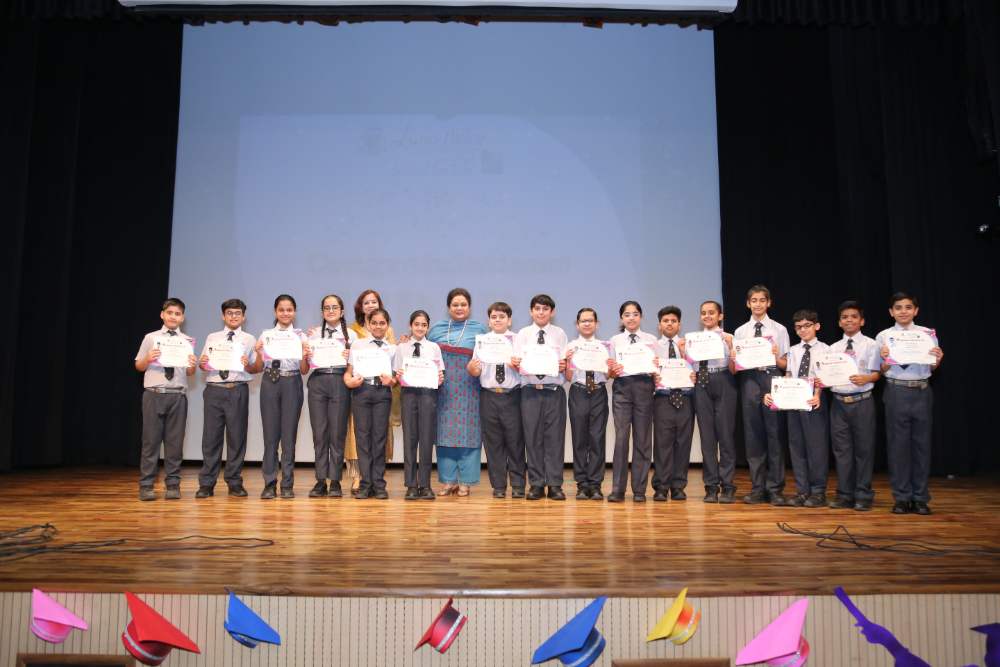