International Day for Tolerance is marked on 16thNovember each year. As the name suggests, the day is observed to build tolerance among cultures and people. The main purpose to initiate this day was to make educational institutions and people at large believe that tolerance is an integral part of society. Lotus Valley International school was glad to celebrate and promote tolerance and non-violence through various activities during the day.

Grade I wasacquaintedwith the meaning of tolerance through discussion and interactive ideas followed by an activity depicting the message of ‘Unity in Diversity.’Grade II was explained various vocabulary associated with the word ‘tolerance’, explaining day-to-day scenarios that make us tolerant to others which further deepened their understanding. Learners made a graphic organizer for the word ‘tolerance’and explained how they perceived the meaning. Grade III learners penned down an acrostic poemcollectively which included several important terms of being tolerant towards each other.As Buddha has rightly said ‘Compassion and Tolerance are not signs of weakness but signs of strength’. Tolerance after all is a form of generosity and wisdom. 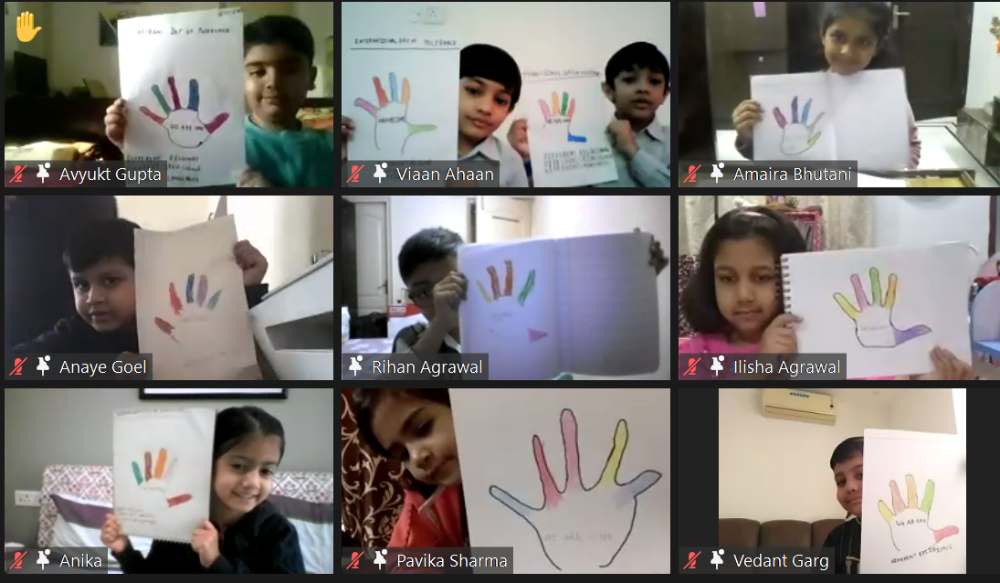