The learners were elated to stage the first in-person assembly in school after two years. They began the assembly by expressing their gratitude towards the school for providing an opportunity to explore the realm of health and well-being innovatively. Like a regular school day, the assembly began with learners singing a prayer and sharing a positive thought. Thereafter, they took pride in sharing various initiatives taken by their school to facilitate an all-round development of its learners including an integrated curriculum, the Fitkid programme, Yoga, Physical Education, philanthropic opportunities such as Seva Mela, emotional-wellness sessions by school counsellors and hands-on activities.

In order to prepare for the assembly, extensive research work had been carried out by learners on the ingredients used in packaged foods and their adverse effects on health. They had further researched to comprehend the positive effects of spices such as cloves, turmeric, cinnamon, basil, mint, cumin and ginger that are found in an Indian kitchen. Furthermore, learners had conducted experiments to identify adulterated and unadulterated food items. The class assembly was based on the findings assimilated by learners and encouraged the audience to make conscious and well-informed life choices.

The class assembly culminated with learners energetically presenting Zumba dance moves and urging the parents to join them as well. The happiness of learners knew no bounds when their earnest efforts and flawless performance was lovingly appreciated by Respected Director-Principal ma’am. The assembly concluded with everyone singing the National Anthem together. 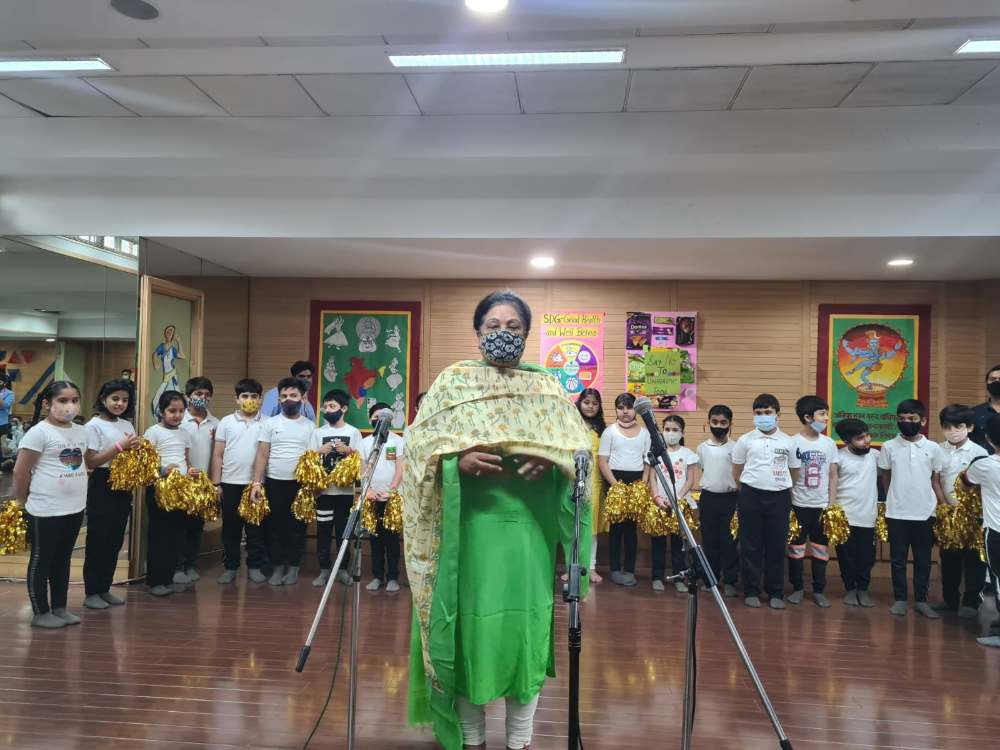