“TV is a responsibility, not only in entertaining people but using this medium of television in positive ways to teach people and enlighten people.”— James Van Praagh

Television has become a symbol for communication and global education.More than a tool,television is now a philosophy that represents globalization and is an interactive link between emerging and traditional forms of broadcast that creates a great opportunity to raise awareness about everything. Understanding the importance of television in a modern society, Lotus Valley International School Gurugram acknowledged ‘World Television Day’ on 21st November through a plethora of engrossing and spellbinding activities.

The Pre-primary children witnessed some impactful children’s advertisements and were taken through the journey of black and white television to the current state-of–the-art television sets under the activity of ‘Telly Tunes’.The online sessions reflected pure joy and cheerwhen Grade Nursery roleplayed popularpersonalities fromtelevision channels by representing each segment, either by dressing up news readers, dancers, musicians, reporters orcartoon characters. Brilliantly executed Ted Talks were conducted,wherein our Grade Prep learners presented the transition of television over the years and its effect on the general lives of one and all. The enthusiasm of Grade I learnerswas unmatched when they expressed their creativity by drawing their “WOW” TV and stating the best feature of the same. Grade II not only dressed up as their favourite personalities’ but also presented famous dialogues and punches used by them in the respective programmes. Grade III learners added a flavour of excitement and fun by recreating the popular advertisements seen on television. Television has proved to be the greatest invention of its time and we commend its ever-expanding advancements in technology and content. 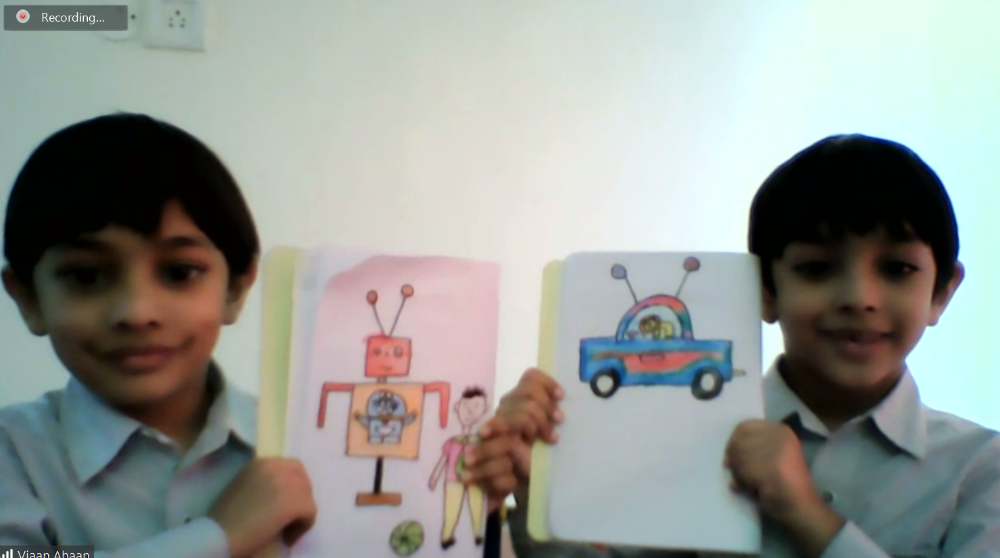