Globalization is not a monolithic force but an evolving set of consequences. Some good, some thought-provoking and some challenging. It is the new reality. - John B Larsen 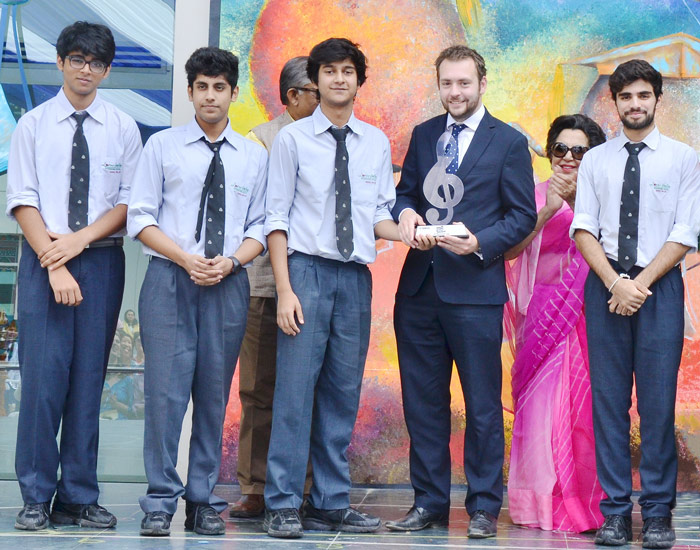 Lotus Valley International School not only takes pride in its most modern infrastructure, but also in its invasion into the global community intertwining the S.T.E.A.M education with an international zest. The school has always encouraged its learners to stretch their scholastic and co-scholastic horizons beyond boundaries and probe into the new-fangled all-encompassing world. Ours is a young school with high aspirations and a desire to soar up into the high skies viewing the world as one global village.

“A community that learns together, excels together. When we learn and work together, we prosper together. We need to form such communities that mutually benefit from each other and what better can it be when these communities being global”.

Our journey to global networking began in 2012 with our tie up Brown University, an Ivy League Research University, Rhode Island, United States. Brown University and Lotus Valley alliance has opened new doors for our students and teachers to reach the pinnacle. The experience so far has been quite enriching, both in terms of interaction of prof. Kenneth Wong and his team of teachers and students with our students mainly through Skype sessions. The prospects of our learners would be in best hands with a guarantee of a lucrative future. 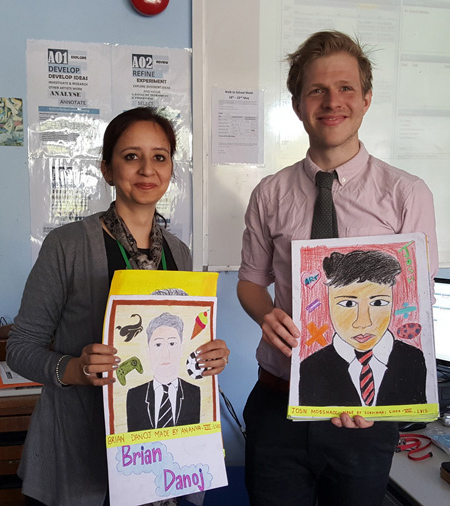 Working for The International Award in 2013 brought us face to face with The Ravensbourne School, Bromley in UK. The association of Lotus Valley International School with The Ravensbourne School, UK enters its third year as we constantly and collaboratively prepare our young learners for further experiences and the world of work. It all began with the visit of the Principal, Mrs. Anita Malhotra followed by Headmistress Mrs. Harvinder Kaur to the UK school while we too hosted Ms. Louise in Oct, 2014, a Geography teacher, Mr. Phil Croft, a History and Law facilitator, in the month of November, 2015 and English facilitators, Mr. David Jordan and Mrs. Andree Jordan, in the month of Dec, 2015.

The ISA project also gave our learners an opportunity to interact with Watphramahathat School, Nakhon Si Thammarat province, Thailand. The learners worked on a project called ‘Families’ and exchanged views about the family system in their societies.

In today’s era, multilingualism has become more than just ‘important’. Learning Mandarin is more than learning a language, it enables us to explore one of the most ancient culture of the world and is the most widely spoken language in the world. Lotus Valley decided to venture into the field of Chinese Language with the start of the Mandarin Club which prompted us to form the ‘Lotus Valley Mandarin Club’ in 2015-16. The learning of Mandarin has been taking place through Skype sessions with The Ravensbourne School, UK and Suzhou High School, China. 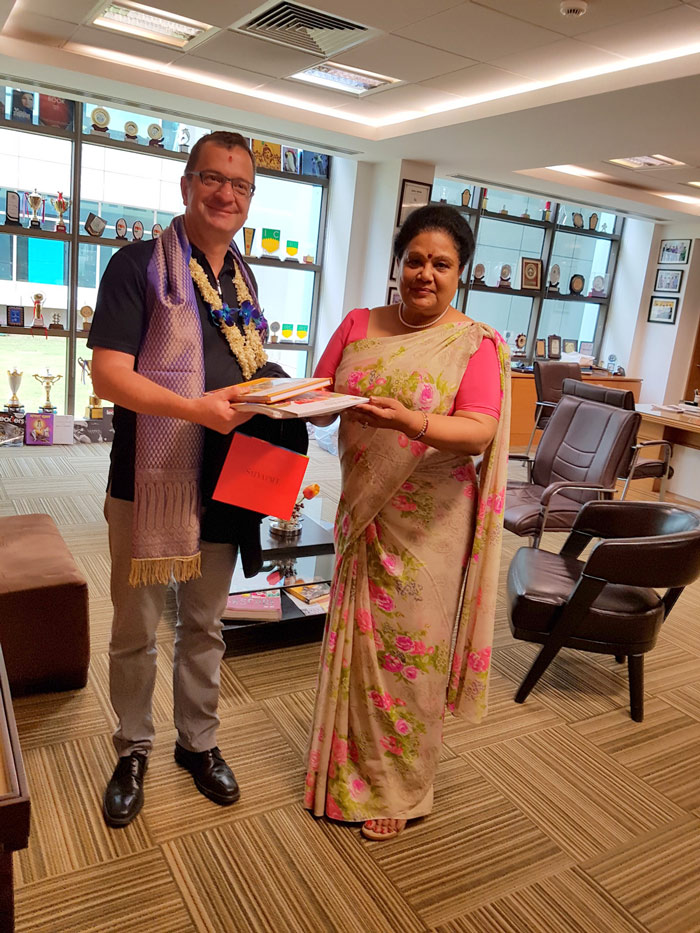 Discussion over partnership was held in July, 2016, between Mrs. Anita Malhotra, Principal of Lotus Valley International School, Gurgaon & Mr. Joachim Rohrer, Principal, Clara Schumann Gymnasium, Lahr, Germany to formalize the future prospects in terms of student exchange in the year (2016-18). The Indo-German Exchange Programme brought together learners of both schools for a face to face experiential learning in the year 2016-17 with the visit of the German students to Gurgaon in October, 2016 and educational trip of our learners in May, 2017.

Lotus Valley is in the process of working-out student-teachers’ exchange programme with Australian schools and universities in collaboration with the Australian High Commission in Delhi. Our Principal, Mrs. Anita Malhotra, visited the highly prestigious International Schools Mission in Australia, in the month of April, 2016 for discussions regarding the same. There have been encouraging response from The University of Technology, Sydney and the Bond University in addition to exposure to working towards India-Australia employability in the years to come. The school hosted Ms Li Richardson from Bachhus Marsh Grammar School, Victoria in January, 2017 which will be reciprocated by the visit of Ms Anjana Menon to Australia in mid-year, 2017.

India’s talent has to play a larger role at an International level and Indian Institutes have to prepare to stay at the cutting edge of teaching technology. This can be best done by benchmarking best teaching practices and curriculum details across the globe. Through globalization we aim to re-examine some of our ideas, and look at ideas from other countries, from other cultures and open ourselves to them.